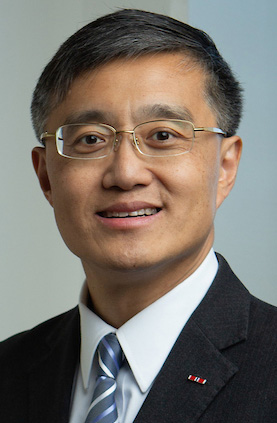 After serving as an Extern Clerk at the U.S. Federal District Court in San Francisco and a patent agent at Sheldon & Mak*, Mr. Lee joined Intel Corporation* as Senior Attorney of Intellectual Property where he was directly responsible for trademark matters for five Intel divisions. During his tenure, he received the coveted Intel Division and Individual Recognition Awards in 1997.

Active in his local community, Mr. Lee was appointed as a Planning Commissioner for the City of Sunnyvale in 1998. During his five years of service, he was responsible for reviewing building and land use issues. In 2003, he was elected to the Sunnyvale City Council where he served for eight years; and, in 2007, was unanimously selected to serve as the 57th Mayor for the City of Sunnyvale.

Prior to embarking upon his legal career, Mr. Lee served on active duty in the U.S. Navy as a Supply Corps Officer. With over two decades of service in the U.S. Navy Reserve, he currently holds the rank of Commander. In 2009, he served at the Multinational Forces Headquarter in Iraq as Chief of Drawdown Material Disposition Policy and was awarded the Bronze Star. His other notable awards include: BEST UNDER 40 by National Asian Pacific American Bar Association (2005), Community Award by Asian Law Alliance (2010), NAACP Silicon Valley Legislator of the Year, and Character Award by the Boy Scouts of America (2011). He resides in Sunnyvale with his wife and their three children.